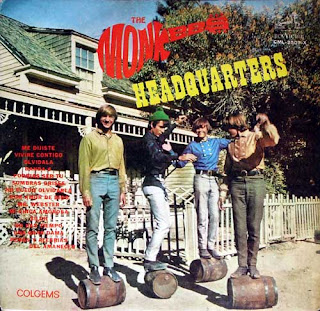 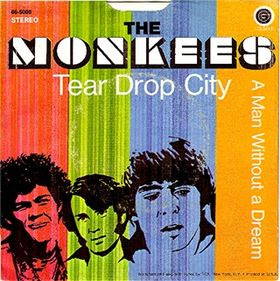 Sundazed Records has recently reissued the first five albums by the prefab four.

Each is peppered with bonus tracks on High-Definition Vinyl and boast a nice consumer-friendly list price of $16.98.

Amazingly, in the year and a half span that initially saw these albums released - all but one reached the top of the charts in both the US and UK (The Birds, The Bees & The Monkees at an underachieving #3).
Some of the more well-known songs found on these albums are "Last Train To Clarksville", "The Girl I Knew Somewhere", "Valleri", "Pleasant Valley Sunday", "A Little Bit Me, A Little Bit You", "For Pete's Sake" (used as the closing theme to the show), "Take A Giant Step", "Words", "Tapioca Tundra", "She", "Daydream Believer", "Randy Scouse Git", "Love Is Only Sleeping", "(I'm Not Your) Steppin' Stone" and of course "I'm A Believer".

It's very nice seeing these classic vinyl LPs in print once again.
Posted by Bill Wikstrom at 6:23 AM