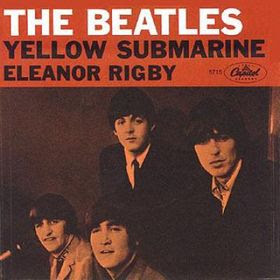 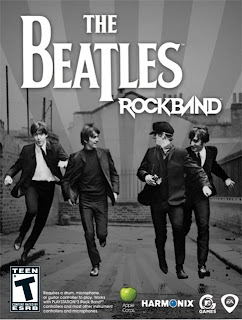 The Beatles and Apple Corps have finally unveiled information on The Beatles Rock Band video game, which arrives in stores on 9/9/09 for Wii, PS3 and XBOX 360. There was a reunion of sorts for surviving members Ringo Starr and Sir Paul McCartney at the Electronic Entertainment Expo - that's E3 to those in the know - in Los Angeles this past Monday, where the two spoke about the game. There was also a screening of the trailer for the video game as well.

Ten of the games 45 songs have been revealed:

I Saw Her Standing There
I Want to Hold Your hand
I Feel Fine
Day Tripper
Tax Man
I Am The Walrus
Back in the U.S.S.R.
Octopus's Garden
Here Comes The Sun
Get Back

Abbey Road will also be available in it's entirety for download as well.

A few of the venues where the band played were also announced (The Cavern Club, The Ed Sullivan Theater, Shea Stadium, Nippon Budokan Hall and The Apple Corps Rooftop).

And, should one feel the need, there will also be exclusive replicas of Beatle gear for purchase - such as George Harrison's Gretsch Duo Jet Guitar, John Lennon's Rickenbacker 325, Paul McCartney's Höfner bass and Ringo's Pearl kit (with the iconic custom Ludwig Beatles vanity bass drum head). And a plastic Rock Band Rickenbacker guitar is still significantly less-expensive then the real thing.

My personal wish list of songs to appear are:

Paperback Writer
Rain
And Your Bird Can Sing
Ticket To Ride
Magical Mystery Tour
You Know My Name (Look Up the Number)
Hello Goodbye
It's All Too Much
Help!
I'm Only Sleeping
Cry Baby Cry
We Can Work It Out
Lady Madonna
A Hard Days Night
Go To Get You Into My Life
Eight Days A Week
The Fool On The Hill
Tomorrow Never Knows (C Major throughout)
You Mother Should Know
Mother Nature's Son
All You Need Is Love
Penny Lane
I'm Down

Several of my favorite Beatles songs aren't thought of as "guitar songs" (i.e."Penny Lane" or "You Mother Should Know") but, great songs are great songs/great chord-changes are great chord-changes. Anything from A Hard Days Night to Revolver and Magical Mystery Tour would suffice. Trippy graphics and the authentic sound of a Vox AC30 combo amp would also be nice.
Posted by Bill Wikstrom at 3:11 AM