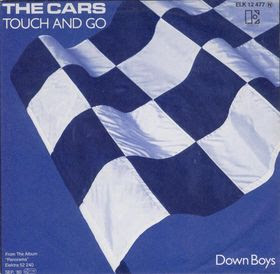 At the time of Panorama's release it was deemed difficult, awkward and overly-arty. Time has proven that these things were not such bad things for The Cars. Given the somewhat agreeable one-two punch of the two stellar albums that preceded (the frighteningly good debut and just-as-good-and-still-growing Candy-O) it may have confused a segment of The Cars' audience. The band were always huge fans of - and always employed - the technological developments in pop music (i.e. drummer David Robinson's sole use of electronic drums by the time of Heartbeat City and keyboardist Greg Hawkes's wide variety of the then-current sounds). For the most part the songs themselves never suffered too much as a result. There are a few sparingly dated sounds here and there but these have since been embraced by the electronica set. However that's just gravy in this case as the songs, however lyrically obtuse (or vague if you will), do stand up to many repeated listens.

Highlights include but are not limited to "Running To You", the delightfully askew title-track, the goofy "Misfit Kid", "Getting Through", the great singles "Gimme Some Slack", "Touch And Go" and the stubbornly-slow "Don't Tell Me No". Simply put, if you like Candy-O and Shake It Up chances are you'll like Panorama.

There's not much reason why the album's lone B-Side "Don't Go To Pieces" (later included on the Just What I Needed: The Cars Anthology collection) couldn't have been included amongst the ten tracks on the album in the first place and it's not a CD bonus-track here either. Aside from that small observation there's not too much griping to be had here besides from the uniformly minimal and poor CD versions of the LP front, back and inner artwork and no liner notes that was de rigeur.
Posted by Bill Wikstrom at 9:43 AM