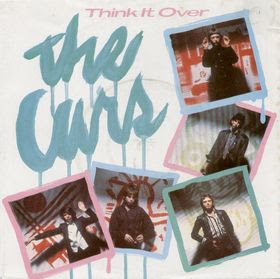 Shake It Up is a fantastic album. Although I didn't realize this upon first listen. A few listens later I understood this album to be exceptional. It incorporates more synthesizer parts than before but the arrangements are good, and every guitar, synth and vocal line is purposeful, sleek and concise. David Robinson regrettably started using a lot of synthesized drums in addition to his standard drum kit which in-time began to date even some of the Cars best songs. But the songs on Shake It Up are, more often than not, thankfully untouched by such horribly dated sounds. The electronic sounds are, in large part, in perfect harmony with the guitars and basses.

"Since You're Gone" is one of Ric Ocasek's finest songs, the lightly psychedelic "Victim Of Love" and the fun, mindlessly-catchy throw-away title track are some of the best singles of 81/82. "Cruiser" is a fine straight-ahead rocker and "This Could Be Love" is melodically twitchy. Songs such as "Think It Over", "I'm Not The One" and "A Dream Away" are the weakest songs here and none of them are bad, just weak only by comparison. Nothing here sounds like filler even if it is.

As far as the currency of the songs: "Since You're Gone" and "Shake It Up" were both featured in the film and soundtrack to The Last American Virgin and "I'm Not The One" was in Billy Madison. For some reason I still indirectly associate these songs directly with both of these films.

In fact this was the last Cars album where non-single tracks got just as much airplay as some singles might have - in fact some may very well have even charted as a result. It's also the last cohesive Cars album (Heartbeat City was wildly uneven) as all of the tracks are strong and are relatively well-sequenced.

Recommended? Surely and muchly.
Posted by Bill Wikstrom at 9:32 AM