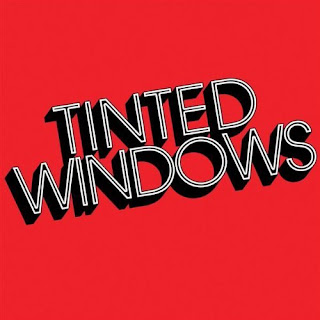 This is a strange one. Not the material mind you, but the band. Supergroups generally aren't supposed to make very good music - at least historically. Well, that's the theory at least. Tinted Windows is unassumingly comprised of Adam Schlesinger from Fountains Of Wayne, James Iha from Smashing Pumpkins, Taylor Hanson - the middle child from Hanson and Bun E. Carlos (aka Brad Carlson) of Cheap Trick. It seems less unnatural (than the notion of...) once you actually give it a listen.

I first saw these guys on The Late Show with David Letterman and was a little confused. What are these guys all doing together? The answer is making pretty-good Power Pop and players that sometimes have a tendency to play to their own record collection. And maybe dumb it down a notch for mass consumption (not like the very best Power Pop isn't already user friendly...). Having said this - it's overall pretty good. The band plays well together - no matter how unlikely the combination. And can still be enjoyed even without any point of Power Pop references.

The first single "Kind Of A Girl" is a sugary hook-filed knockout with lots of "Whoa, whoas". "Nothing On Me", "Messing With My Head" and "Can't Get A Read On You" are all big winners that fall somewhere between Cheap Trick (surprise, surprise), The Knack and Big Star. So, yes Power Pop. Songs about girls with big hooks, sugary choruses and sweet guitars.