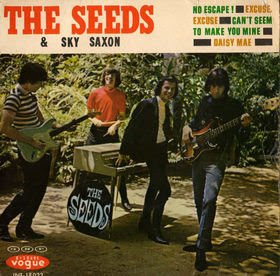 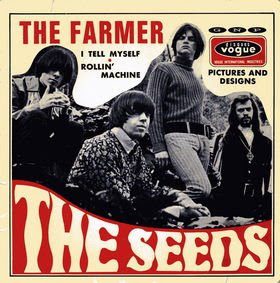 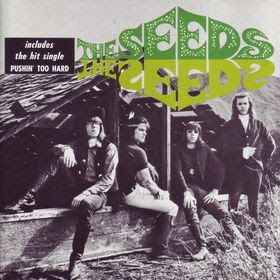 Sky Saxon of the Los Angeles band The Seeds passed away yesterday at age 63. The Seeds were late 60's Garage Rockers who really liked Marijuana, that is they professed as much perhaps more than other bands actively did (by having a song called "Rollin Machine" and naming themselves The Seeds for a start). They had hits with "Pushin' Too Hard" (which made an appearance in the film Desperate Teenage Lovedolls), "Can't Seem To Make You Mine" (which was covered by everyone from The Ramones to Alex Chilton) and "Mr. Farmer" (which was in the film Almost Famous). Their first two albums - The Seeds and A Web of Sound (both 1966) are absolute classics. If you've not heard The Seeds by all means check them out. They were a direct influence in Iggy Pop & The Stooges, New York Dolls and several others.

When The Seeds broke up in the late 60's Sky kind of lost touch with reality. He had an erratic, if creatively unsuccessful, solo career. He appeared in the flim Lovedolls Superstar (the sequel to Desperate Teenage Lovedolls). He formed the brief, wonderfully-named band Purple Electricity with Jeff & Steve McDonald of Redd Kross. In 1986 they released the improvised (i.e. unrehearsed) live album Private Party. Sky most recently recorded with Smashing Pumpkins. The cause of death is yet to be determined. He was 63 years old.
Posted by Bill Wikstrom at 9:11 AM