Wonderlick's Topless In The Arco Arena 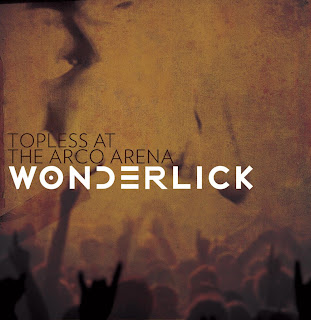 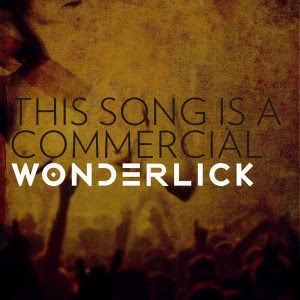 Their self-titled debut, released some seven years ago, with winning material ("How Small You Are", "I Wanna Love You" and "Donner Lake") was a nice mixture of electro-pop, warm guitars and melodic vocals. Wonderlick is comprised of Tim Quirk and Jay Blumenfield, who were one-half of New York's premier power pop/punk band Too Much Joy. Imagine The Replacements and They Might Be Giants going out and coming away friends and you almost have an idea of what Too Much Joy sounded like. Or maybe The Clash with lots of Who-like Townshend codas, early Cheap Trick smirk and post-punk Beach Boys harmony vocals. Instrumentally, Wonderlick do not sound much like Too Much Joy. They do contain various elements of 90's alt-synth rock mixed with The Pale Saints, Dubstar and the like. "Rough" versions of twenty-some odd tracks had very generously been posted for free downloads on the bands' website for a few years now. Sixteen of which have been selected for the new album.

Some standouts include, but are not limited to: "When She Took Off Her Shirt" (which is a true earworm of a song), "Everybody Loves Jenny (Except Jenny)", "A Different Kind of Love", "The Possibilities", "Devil Horns" (the closest thing to a title track) and, a perfect example that a band's pose or initial sound is sometimes far greater than the their actual legacy or material (i.e. The Ramones, The Clash, The Sex Pistols), a smile-inducing, would-be poignant reading of The Clash's "Janie Jones".

Big head-scratching omissions: "Nobody Loves You Enough" and "What You Did To Me". These were easily two of the best songs - and most concise/least indulgent - of the bunch and were not included in the final track sequence. I'm guessing they were dropped in favor of newer (read: not exclusively better) songs. "Make Some Noise", which prominently featured TMJ drummer Tommy Vinton, and a humorously fey reading of Kiss' "Rock & Roll All Nite" also failed to make the cut.

The first "single" from the album is "This Song Is A Commercial".

1 When She Took Off Her Shirt
2 All Boys Want
3 We Run the World
4 The King of Bad Decisions
5 Fear of Chicago
6 Everybody Loves Jenny (Except Jenny)
7 You First
8 The Case Against Tattoos
9 This Song is a Commercial
10 Fuck Yeah!
11 Janie Jones
12 The C.E.O. Considers His Holdings
13 A Different Kind of Love
14 Your Majesty
15 The Possibilities
16 Devil Horns

Labels: Power Pop, The Clash, The Replacements, They Might Be Giants, Too Much Joy, Wonderlick