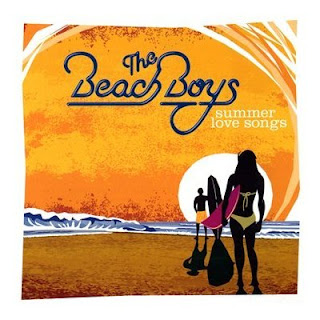 Capitol/EMI are set to issue yet another new Beach Boys compilation - Summer Love Songs: Girls On The Beach - on May 19th. Now, Capitol in the past ten years or so has released several of these sort of compilations. You know the sort of thing - a small handful of unreleased songs on a compilation with all previously released songs. The kind of releases that have an unmistakable scent of exploiting collectors. Capitol is also responsible for some fine quality releases too. What are some of them? I'll just list them all, for your convenience.

That's a lot of releases.

Considering that of all the major artists of their era, The Beach Boys (supposedly, well probably) have one of the deepest catalogs of unreleased material, one wonders why Capitol haven't tapped into the wellspring of obscure material that fans of the band will surely buy. There's more potential for definite sales as opposed to re-selling a would-be best-of compilation with a few rarities. Not too many people are willing to buy the same best-of over and over (regardless how slight the track variation may be). The track listing for this is okay, if not seemingly random. There are three cover versions included that are, for all intents and purposes, purely exercises in production techniques. And woefully needless considering the amount of great original material The Beach Boys have in the vaults. The Beach Boys' 1960's recordings are, for the most part, optimally heard in mono. So the stereo mixes are, ostensibly, alternate versions that may or may not be superior to the well-established mono mixes. The only new item to many people is the fantastic "Fallin' In Love" (aka "Lady"). Assuming it's a different version included here - the only released version was on the 1970 "Sound Of Free" solo single credited to 'Dennis Wilson & Rumbo' which was Dennis Wilson and Daryl Dragon (aka The Captain of Captain & Tennille).


Considering some Beach Boys compilations have in fact served real purposes like, for example, 1981's excellent double-album Ten Years Of Harmony - that collected a sizable amount of their 70's gems - would be a nice collection to have remastered on CD. And some have taken on lives of their own so to speak in terms of getting material to new fans (i.e. the triumvirate of 1974's Endless Summer, 1975's Spirit Of America and 1982's Sunshine Dream). It's surprising that these have yet to appear on newly-remastered CDs by now. And then there's what fans really want. Maybe, the legendary unreleased album Smile? It's basically all recorded (the 1966-67 version that is) all that needs to be done is a definitive mix/sequence. How about the recently-recovered live album Beachago (recorded on the 1975 tour with Chicago)? Or perhaps Brian's groovy 1977 album Adult/Child? Or maybe the dozens of songs recorded in the 1969-1971 period some of which surfaced on the illicitly-released album Landlocked?

It's not as if the well of material is dry. Not by a long shot. It's just a matter of time before they wise up and start to release the unreleased stuff compiled, definitively.
Posted by Bill Wikstrom at 1:52 AM