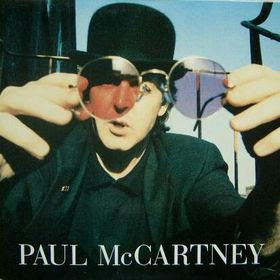 The tenth-annual three-day Coachella Valley Music And Arts Festival took place this past weekend in Indio, California. Despite a troubled economy well over 150,000 were in attendance and well over one hundred acts performed at the multi-stage event. Some of the more notable acts that performed were Paul McCartney, Leonard Cohen, The Cure, Morrissey, The Bob Mould Band, Franz Ferdinand, Paul Weller, The Brian Jonestown Massacre, Superchunk, X, Fleet Foxes, Public Enemy, Joss Stone, Yeah Yeah Yeahs, My Bloody Valentine, Henry Rollins, The Killers, Perry Farrell and The Hold Steady.

While several artists impressed many, the show-stopper by all accounts was the performance by Sir Paul McCartney. It's amazing that, regardless of whether the vocals are not what they once were, the tempos have slowed down a touch - some performers continue to endear with age (Brian Wilson...Sir Paul) while many others do not. Perhaps it's the all the timeless songs under the belt, the very many achievements and countless influenced by them - there's certainly something to be said for an artist who constantly stays driven and relevant regardless of current trends.

McCartney's set included "Jet", "Got To Get You Into My Life", "Band On The Run, "Live & Let Die", "Eleanor Rigby", "Paperback Writer", "Sgt. Pepper's Lonely Heart's Club Band", "A Day In The Life", "Get Back", "I've Got A Feeling", "Hey Jude", "The Long & Winding Road", John Lennon's "Give Peace A Chance", George Harrison's "Something", the John Lennon tribute "Here Today", "The Fireman", "Let It Be", "Yesterday", "Helter Skelter", "Lady Madonna", "Can’t Buy Me Love", "The End", a tribute to late wife Linda (who passed away eleven years ago to the very date) "My Love" and several others.

A poignant set list to be sure. I'm glad he's still out there doing it as well as he is. I'm of the belief that there's always room for pop music legends.
Posted by Bill Wikstrom at 8:30 AM