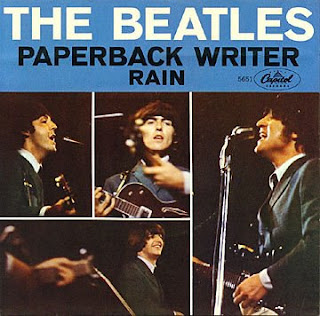 This past week Apple Corps and EMI have announced that on September 9th (get it? Number 9 - 9/9/09) they will individually release all twelve of the Beatles long-players, in properly reissued remastered-CD form. For immediate purchase initiative there will be short documentaries included with each album on the making of that particular album. As well as two box sets (one mono and one stereo) each will all sixteen discs. That's all of the original studio albums, the Past Masters set and the Magical Mystery Tour double-EP. Sixteen discs in total all with beautifully restored artwork and detailed liner-notes. The Beatles Rock Band video game will also be released for Wii, Xbox and PlayStation 3 on the same day. Digital download information will be addressed sometime in the future.

But here's the rub: no bonus tracks whatsoever. Which is a big rub indeed.

Granted the original initially released 1987 CDs sounded OK, but compared with the original vinyl releases they're pretty flat-sounding. And the fake (primitive) stereo process used in 1966 has never been corrected (for want of a better word). Not to mention a textbook example of compromised artwork. Remastering technology has significantly improved in the twenty-two years since (heck, there were big improvements five years after) the first batch of CDs hit stores. Considering there have been several fine vinyl reissues of the Beatles back-catalog one wonders what took so long for the CD reissues to take place. Virtually every other contemporary (or "contemporary" in quotes seeing as it is the Beatles) major artists of the time - The Beach Boys, The Rolling Stones, The Byrds, Bob Dylan even The Monkees to name but a few - have had their work significantly upgraded ages ago. Realistically this probably should have already taken place in 1994/1995 or so - during the great era of the BBC/Anthology releases.

The digital format has gone through various ups and downs in the past few years with the slow, niche comeback of vinyl. The preciousness of the digital medium is nowhere near that of the vinyl album. Music fans have slowly embraced this notion. Perhaps this too was sensed as well. The Beatles reissues may very well be the last large and relevant CD reissue series.

As a music fan - I seriously hope not.

Let's just hope the high-ends aren't dulled by Noise Reduction and there's no loss of dynamic range (i.e. everything in the red). The main symptom of all modern reissues. And if the recent crop of Beatles releases (Love, Let It Be Naked, Yellow Submarine Songtrack and 1) are any indication they should be amazing.
Posted by Bill Wikstrom at 11:07 PM