The Cure: 4Play in Charlotte 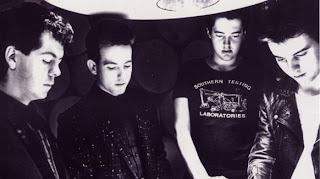 The Cure pictured here in their 1980 prime - they don't look like this anymore.


Fine presentation of a once-great band clearly past its peak.

I've been a fan of this band for about twenty-plus years now so I was pleasantly surprised to find out about this 60 minute segment on HDNet TV of a Cure show from June of two years ago on their 4Tour. The presentation of the band was for all intents and purposes very nice. It was not 'The Cure In Orange' - their amazing feature-length filmed concert film directed by Tim Pope (which is sobbing to be released on DVD) - but few concert films are. No fast editing and all four band members gets a decent amount of screen time which was certainly nice.

I've personally found The Cure's past few releases to be slightly lacking (in inspiration perhaps) and haven't seen them live in many years. In any case, the main problem with The Cure's performance was that songs that themselves which were once nearly mid-tempo are now very slow, and one-time fast numbers are now nearly mid-tempo (to be generous). I've seen several older bands of late (Gang Of Four, The Police, The Fleshtones) and something I've learned from them is that being older in age doesn't necessarily mean slowing down the arrangements of your songs simply because you are few years older. "The Walk" and "Primary" are two such songs that have suffered as a result of this. I don't know if drummer Jason Cooper has much to do with slowing down the arrangements but they are, in turn a different band than before with little distinction in different tempos. This was not the case when the Cure's old drummer Boris Williams was in the fold. Use of keyboards are also sorely lacking - always a constant and necessary element of the band in the past. However now all keyboard parts are done on guitar. 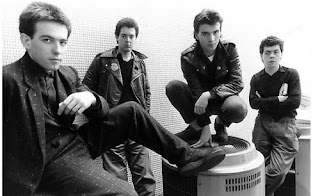 
Another unfortunate is Robert Smith's voice. He's always been one with a distinctive voice, although not a very big voice at that. It's now limp, whiny and fully-exposed in a live setting. This doesn't help their cause for a great live show.

And not to kick a band when they are obviously down (so to speak) but I was actually embarrassed watching two (nearly) fifty-year old men (Robert Smith and Porl Thompson) wearing eye make-up and (in Smith's case) the silly haircut. These are things that probably should have been in been eased out of the image in the mid-nineties. All one has to do is look at picture-perfect bassist Simon Gallup and wonder what Robert and Porl are (or in this case, not) thinking. In terms of what makes music such as The Cure's successful - image is simply just not important. It's just sad, embarrassing and unfortunate when the band leader doesn't realize that himself and insists on wearing the silly make-up. It would be easy for someone unfamiliar with the band to view the make-up motif as style over substance. And to think that this band was at one time supposedly "anti-image".

However if you are a fan that believes The Cure can do no wrong - obviously you'll be hearing none of this and eat this performance up.
Posted by Bill Wikstrom at 10:13 AM