They Might Be Giants peak with the amazing Apollo 18 before our very ears! 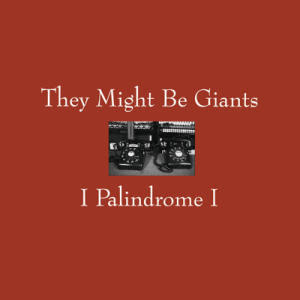 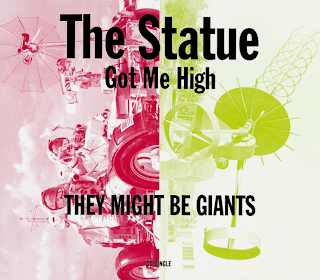 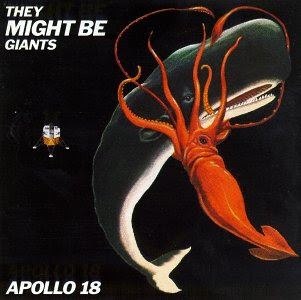 Ahh, 1992. (Sigh..indulge me if you will). The year in which They Might Be Giants were "Musical Ambassadors for International Space Year". You've gotta love it. It was with this album that I became a full-on TMBG fan. I'd first (really) heard them when they hosted Post Modern MTV for one week during the Summer of 1989 to promote the then-released Lincoln. They performed songs and advertised their Dial-A-Song service. I called it late one of the nights (it was only but a local call) and heard "How Much Cake Can You Eat?" & "Swing Is A Word". Although those songs made me a fan, it "Purple Toupee" was the song/video that really won me over.

"The Statue Got Me High" is a fun psychedelic single (and a fine lead-off single) "Mammal" is one of my all-time fave TMBG songs. "I Palindrome I" is a great, great single. "Which Describes How You're Feeling", "My Evil Twin", "Dinner Bell" and "Space Suit" are all TMBG sleepers and wonderfully psychedelic. "See the Constellation" - which samples Dee Dee Ramone for the intro count - could be considered the title track (okay, that and "Space Suit") and is, again, another one of my favorite TMBG songs. "Spider", "Turn Around" and "Dig My Grave" are funny and show TMBG still in full command of their use of insane lyrics and humor. The brilliant "Fingertips" for me, is just the icing on the cake. A wonderful psychedelic Summer afternoon cake.

I've personally, always found the final single from the album "The Guitar" to be a tad empty, crass and misguided. I'm guessing this was intended to be a hit single. Needless to say, this is the song from the album they continue performing live to this day.

Although the band still had a lot left in the tank, I'm of the thinking that they peaked around the time of getting a rhythm section? This is the last album that contains what was singularly unique and very special about TMBG.

Employ the shuffle button for this one!
Posted by Bill Wikstrom at 4:20 AM