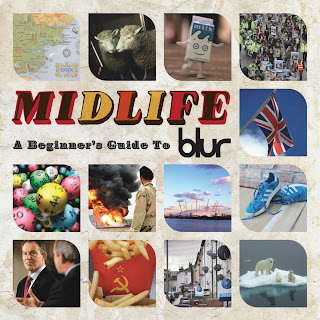 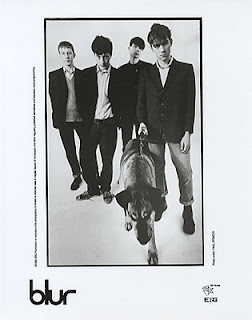 To celebrate the return of Britpop's favorite sons (no, not Oasis, who only just finally broke up) EMI has issued a generous two-disc compilation of just some of Blur's finer moments. The band reunited to play a few shows in London's Hyde Park this past July, which was, by all accounts a rousing success. The band are even set to record a brand-new studio album Into The Silence sometime later this year.

Although 2000's The Best Of was meant as a stop-gap to round up the 1990's (which is did nicely enough), Midlife acts as a thoughtful sampler for the uninitiated. However The Best Of collection omitted a few key singles. Namely "Popscene", "Sunday Sunday", "Chemical World", "Bang", and "M.O.R.". Midlife goes and rights some of these errors "Chemical World" and "Popscene" make welcome appearances this time around (woefully "Sunday Sunday" gets snubbed once again while "Bugman" remains). The beautiful "Blue Jeans" from 1993's Modern Life Is Rubbish gets well-deserved notice here as well. Midlife also picks up where The Best Of left off and collects two fine tracks from 2003's Think Tank - "Out Of Time" and Coxon's swan song with Blur "Battery In Your Leg".

If for some reason you've had the misfortune of non being familiar with Blur's fine body of work - pick up Midlife without remorse. It's a very nice set and a great introduction - as the title suggests - for a "beginner".
Posted by Bill Wikstrom at 3:39 PM