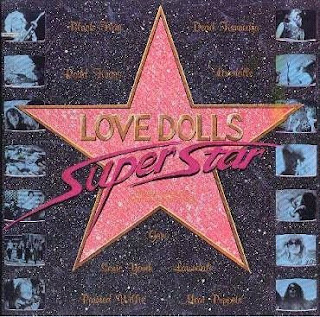 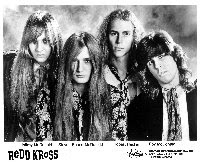 The sequel to Desperate Teenage Lovedolls is perhaps superior to the original. The music too is almost superior. Unlike the soundtrack to that film these don't contain any ridiculous soundbites from the film. The songs themselves come from the mid-80's Southern California scene.

The Redd Kross songs are easily the best things on the soundtrack. They supply the wonderful title track to the film. They also contribute 'The Lovedolls' tracks: the wonderfully trashy "Rex Smith 9 (I Wanna Be a Cholo Chick)", the groovy rocker "Beer & Ludes" (with Cheap Trick's "Hello There" in the bridge) and the Brady Bunch cover "Sunshine Day". Lead vocals on these three songs are regrettably shared with the way-too nasally and off-key Jennifer Schwartz (who plays Kitty Carryall in both films). Their cover of "Purple Haze" is also included here as well (although that song was featured in DTLD not LDS).

Black Flag contribute the lifeless "Kickin' and Stickin'" and also back Schwartz on "The Love Machine". The wholly unimaginative score was done by Flag guitarist Greg Ginn's side project Gone. Ginn would later inexplicably deny the use of this material on the 2006 DVD release/soundtrack those eight these tracks are only available here on the original SST soundtrack.

Aside from the fantastic Redd Kross tracks, Painted Willie and the Annette Zilinskas stunner, these songs tend to work better within the context of the film than they do on their own on the soundtrack. The soundtrack is also an unwitting document of a fine time in the history of alternative music.
Posted by Bill Wikstrom at 2:10 AM