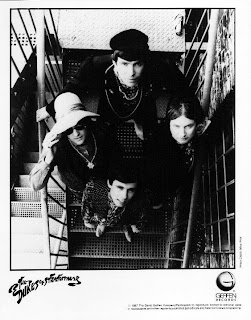 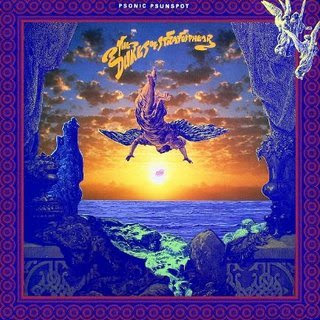 XTC have just given their psychedelic alter-ego pseudonym faux-60's band The Dukes Of Stratosphear the full-on deluxe reissue treatment.

In December of 1984 the band went into the studio with drummer (and guitarist/keyboardist Dave Gregory's brother) Ian Gregory and producer John Leckie (XTC, Wings, PIL, Radiohead, Robyn Hitchcock, The Stone Roses) and recorded the EP 25 O'Clock and yet again in the June of 1987 to record the LP Psonic Psunspot. Both releases were very well-received both critically and with the general public and sold far better than the then-recent XTC releases Mummer and The Big Express. The tracks on these recordings were virtual homages to The Beatles, The Beach Boys, The Byrds, The Small Faces, The Kinks, The Hollies, The Move, The Electric Prunes, Pink Floyd, and The Strawberry Alarm Clock.

Both releases have both been reissued - fully remastered with a collective fifteen bonus tracks, the complete music videos for "The Mole From The Ministry" and "You're A Good Man Albert Brown (Curse You Red Barrel)" with 24 pages of lyrics and liner notes by Dave Gregory, Colin Moulding and Andy Partridge in a hardcover book-style format - on Andy Partridge's own APE label.

Amazingly after such an awful relationship with their former label, Virgin Records have relinquished the rights to a handful of XTC recordings and awarded them to XTC.

Other XTC albums to get the deluxe treatment to be released later this year will include English Settlement, Oranges & Lemons and Skylarking.
Posted by Bill Wikstrom at 12:48 AM