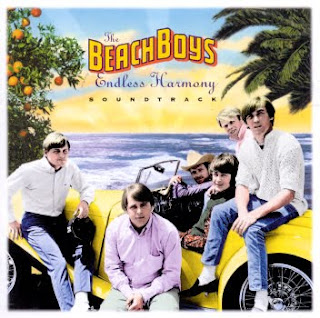 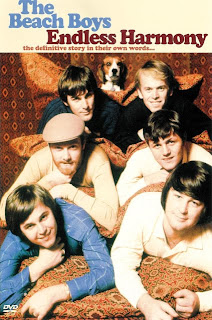 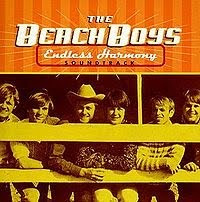 If one American band is deserving of a multi-DVD Anthology-like documentary it's The Beach Boys.

This is the VH1 special (now on DVD) that formally introduced me to The Beach Boys (beyond the handful of early hits that we all know). Needless to say it made quite an impression on me, just by musical content alone. Brian Wilson is a special (okay brilliant) composer and the Beach Boys are an unassumingly great band. However since viewing this documentary after becoming familiar with the bands' history it's fairly obvious that there is some revisionism at work here, namely from Mike Love.

If there is only one American band deserving of a documentary done in the same exact way as The Beatles Anthology with the same detail, length, affection and use of footage it's The Beach Boys. With the bands complete chronological history represented and full interviews from all parties associated with the band about the good, bad, ugly and embarrassing (they have quite a varied history). Not just the band according to Mike Love.

However this is not that documentary. Far from it. Whereas The Beatles Anthology itself is not too deep and rarely delves into any personal affairs. Surprisingly this documentary does a handful of times but only briefly and very selectively. However the whole Blondie Chaplin, Ricky Fataar-era is barely mentioned, the Landlocked album, The 1975 Beachago Tour, Jack Rieley, Bruce Johnston's firing/quitting, The 1976 NBC SNL-produced 'It's OK' special, The troubled 1977 Largo, MD show after which caused Mike Love to fly to Switzerland and meditate for six months, Eugene Landy, the bombastic 1978 Australia tour, the Adult Child album, the 1980s nostalgia/self-parody contemporary hit-seeking Beach Boys, the solo albums...none of these things and nor are several other substantial items mentioned.

This is basically an updated (but barely) version of 'An American Band' (snippets of footage - some rare - with overlapping interviews, repeat). The DVD special features are pretty nice as they contain a few songs undisturbed in their entirety. All-in-all this is fine for a casual, very-loose overview. Otherwise if you are familiar with the band and it's history, it'll just make you wish for a substantial, detailed history - the amazing, good, bad, ugly and embarrassing (because this band has it all) - just as The Beatles have available in their multi-disc Anthology.

Until that happens, you'll have to chew on this superficial item.
Posted by Bill Wikstrom at 7:41 PM