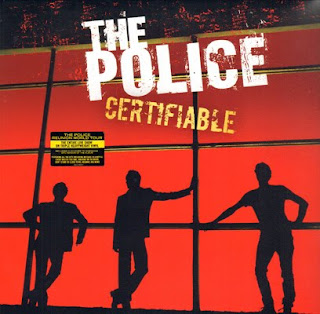 Well, after a long and boring turn of events (i.e. ordered the item from Best Buy at the end of December, it arrives weeks later damaged due to it being shipped in an ENVELOPE, sent back via UPS at their cost, told to pick up item at nearest Best Buy store) I finally got a chance to sit down with this fine set. The whole reason I ordered the item online (along with the 2-DVD/2-CD set) in the first place was because of a great reduction in price. It was reduced from $29.99 to a pretty fantastic $9.99 (as was the DVD/CD set). That's $19.99, total. And the item is a Best Buy exclusive.

The recording - from the band's wildly successful reunion tour - is taken from a show at Estadio River Plate Stadium in Buenos Aires, Argentina on either December 1 or 2, 2007 (they played both nights and the set doesn't specify which night). The sound quality of the recording itself is pretty superb. And the sound is pretty sweet on all six sides of this 3-Vinyl 180-gram LP set. It comes in a pretty nice gatefold sleeve with an insert and a (now expired) code for digital downloads of all the tracks.

The majority of the singles get proper airings (only omitting "Spirits In The Material World", "Secret Journey", "Fall Out" and "Bring On The Night") as do a majority of fan-favorites. "Regatta De Blanc" still gets effectively inserted into the bridge of "Can't Stand Losing You". "Wrapped Around Your Finger" gets a nice Latin-tinged rearrangement that lends itself to the song well. "Next To You" is played for the first time since the Zenyatta Mondatta tour in 1981. "King Of Pain" sounds better here than it did on the Synchronicity tour, with the only backing vocals coming occasionally from Stewart and Andy as opposed to a trio of shrill female backing vocalists (who accompanied the band on that tour).

The band sounds absolutely phenomenal. They do not sound as one might expect a band that has been collectively inactive for over twenty-years to sound. The band members although have been busy individually with careers since - or even during - the band's existence. Andy Summers sounds better than ever and Stewart Copeland sounds like he never stopped playing these songs. Sting's vocal phrasing on some of the tracks have changed but never detrimental to the song's overall effect and he is still as great a bass player as he's ever been. His voice has weathered rather nicely too. Aside from a few phantom piped-in harmony backing vocal tracks on "Truth Hits Everybody" and "De Do Do Do, De Da Da Da", the band remain unaccompanied. Sting, the ever gracious bandleader and learned polyglot regularly thanks the Argentinian audience and occasionally instructs them on handclaps and backing vocals when needed.

Recommended.
Posted by Bill Wikstrom at 8:28 AM