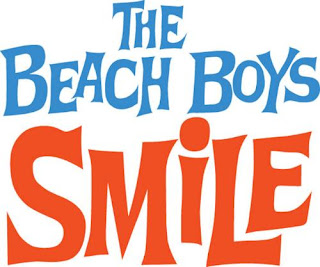 Hollywood, California - March 14, 2011 – Between the summer of 1966 and early 1967, The Beach Boys recorded, in several sessions, a bounty of songs and drafts for an album, SMiLE, that was intended to follow the band’s 1966 masterpiece, Pet Sounds. The sessions were ultimately shelved, and The Beach Boys’ SMiLE has never been released. With the full participation of original Beach Boys Al Jardine, Mike Love, and Brian Wilson, Capitol/EMI has collected and compiled the definitive collection, ‘The SMiLE Sessions,’ for worldwide release this year in multiple physical and digital configurations.

The SMiLE Sessions presents an in-depth overview of The Beach Boys' recording sessions for the enigmatic album, which has achieved legendary, mythical status for music fans around the world. The SMiLE Sessions will be released in 2CD and digital album packages and a deluxe, limited edition box set.

Co-produced by Mark Linett and Alan Boyd, all of The SMiLE Sessions’ physical and digital configurations will include an assembled album of core tracks, while the box set delves much deeper into the sessions, adding early song drafts, alternate takes, instrumental and vocals-only mixes, and studio chatter. The SMiLE Sessions invites the listener into the studio to experience the album's creation, with producer, singer and bassist Brian Wilson's vision leading the way as he guides his fellow Beach Boys, singer Mike Love, drummer Dennis Wilson, lead guitarist Carl Wilson, rhythm guitarist Al Jardine, and newest member Bruce Johnston (who'd replaced Brian Wilson in the touring group during 1965), through the legendary sessions.

"I'm thrilled that The Beach Boys' original studio sessions
for SMiLE will be released for the first time, after all these years,” says Brian Wilson. “I'm looking forward to this collection of the original recordings and having fans hear the beautiful angelic voices of the boys in a proper studio release.”

“One of my favorite songs from the SMiLE sessions is ‘Wonderful’,” says Mike Love. “The song truly lives up to its title, as do many of the tracks on SMiLE. Cousin Brian was at his creative peak during those sessions. I’m unaware of anything that comes close in pop music.” 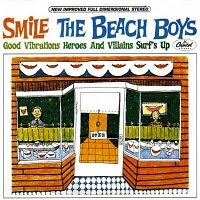 “I recently played some of my personal acetates from the SMiLE sessions and they held up really well,” says Al Jardine. “We would come home from touring and go straight into the studio to record. Brian couldn't wait to show us his latest ideas. We were recording SMiLE and Pet Sounds material simultaneously, so the tracks and vocals all have the same great quality. Most of the vocals were done at Columbia Studios in Hollywood, across the street from Western Studios, where most of the tracking was done.”

“For me, it's always been about the way Brian Wilson brilliantly composed and 'voiced' his amazing chord progressions and melodies,” says Bruce Johnston. “SMiLE really made me smile!”

“Personally, I loved it,” the late Carl Wilson said in 1994 of the SMiLE sessions (from the Don Was-directed documentary, Brian Wilson: I Just Wasn’t Made For These Times).

“In my opinion it makes Pet Sounds stink - that's how good it is,” the late Dennis Wilson told a journalist in 1966 of the planned SMiLE album.

What Brian Wilson brought to the table, in his effort to maintain The Beach Boys' position among the top rock 'n' roll bands of the day, was beyond what anyone could have expected. Beginning with “Good Vibrations,” then into SMiLE, Wilson had begun to construct songs in a modular form, crafting individual sections that would later be edited together to form a coherent whole. In several intense bursts of creative energy, Wilson, drawing on the talents of the finest studio musicians in Los Angeles and utilizing the best studio facilities available on any given day, laid down dozens and dozens of musical fragments, all designed to fit together in any number of possible combinations. No one had done this in pop music, and Wilson had just created “Good Vibrations,” The Beach Boys’ best-selling record in a long string of hits, by using this method. His next endeavor would be an album-length version of this unique and luxurious songwriting parlance: SMiLE.

In 1965, Brian Wilson had met an up-and-coming session keyboard player and songwriter, Van Dyke Parks. Noticing Parks' conversational eloquence, Wilsonfelt that he could help to volley The Beach Boys’ songwriting into the wave of broader-messaged and socially-conscious rock 'n' roll that would come to define the '60s. They were soon collaborating on keynote songs for SMiLE, including “Heroes and Villains,” the band’s follow-up single to “Good Vibrations.” Wilson and Parks would also co-write “Surf's Up,” “Vegetables,” “Cabin Essence,” “Do You Like Worms,” “Wonderful,” “Wind Chimes,” and other bits and pieces of theSMiLE tapestry. Parks also introduced Beat-Pop artist Frank Holmes to create album
sleeve art and a booklet interpreting the album’s James Joyce-mode lyrics.

The reason SMiLE did not see a release in early 1967 had more to do with back room business that obscured the creative side of the program than anything else. In late 1966, The Beach Boys formed Brother Records, initially to produce outside artists. Soon, however, The Beach Boys would become embroiled in a court action with Capitol Records with the goal to become the top-selling artists on their self-owned, independent label. The group withheld “Heroes and Villains” and announced they would instead release “Vegetables” – recorded with the band’s own money in April of '67 – on Brother Records. By July of 1967, Capitol Records and The Beach Boys had come to terms, with Capitol agreeing to distribute the band’s Brother Records, and it was agreed that SMiLE was no longer to be the band’s next album.

“Surf's up, aboard a tidal wave, come about hard and join the young and often spring you gave. I heard the word, wonderful thing... a children's song... ”